Jason Isbell and the 400 Unit

Jason Isbell and the 400 Unit

New show date! This show has been rescheduled due to concerns regarding COVID-19.

After performing more than 200 shows annually for several years running, Isbell took a breather in 2010 and returned home to northern Alabama. The area had been hit hard by the recent economic downturn, prompting Isbell to write a new batch of songs about the war vets, barflies, and out-of-luck characters who populated the area. The result was Here We Rest, which was released in spring 2011 to critical acclaim. Isbell followed it a year later in 2012 with a live set, Live from Alabama, recorded at the WorkPlay Theater in Birmingham, Alabama and at the Crossroads in Huntsville, Alabama. Embracing his newfound sobriety, Isbell next produced an album of haunting atonement and redemption, the sparse and impressive Southeastern, which appeared in 2013. Southeastern was a smash with critics and a commercial success that introduced Isbell to a new and larger audience.

In 2014 Isbell returned to the studio to record the follow-up to Southeastern. The resulting Something More Than Free dropped in July 2015 and took home the Grammy Award for Best Americana Album the following year. In March 2017, Isbell released “Hope the High Road,” the first single from The Nashville Sound, which arrived in June. Credited to Jason Isbell and the 400 Unit, the album was fittingly more band-oriented than Isbell’s previous two efforts, boasting a bigger and more musically diverse sound.

The project of Indiana-born, Philadelphia-based singer/songwriter and producer Tim Showalter, Strand of Oaks specializes in bold and anthemic indie Americana that draws from classic rock and folk. Skillfully blending traditional singer/songwriter introspection with stadium-ready melodies in the vein of artists like War on Drugs and My Morning Jacket, Showalter emerged in 2009 with Leave Ruin. He continued to develop as a songwriter on subsequent outings like Heal (2014) and Eraserland (2019), testing his emotional limits and seeking catharsis in the no man’s land between joy and ruin. 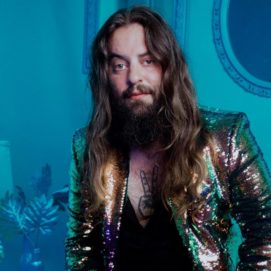 With the number of COVID-19 cases rising due to the Delta Variant, all attendees of this event must be fully vaccinated against COVID-19. In attending the event you certify and attest that you and all individuals in your party attending the event:

Please visit https://madetosave.org/find-out-how-to-get-covid-19-vaccinated/ for info on receiving the COVID-19 vaccine.